9to5Mac has discovered a significant bug in FaceTime app, and the news is running virally over social and major media outlets. Reportedly, when users start group FaceTime, they can immediately hear the audio coming from their phone, regardless of the other person accepting or rejecting their call. 9to5Mac TechCrunch has verified this bug on multiple iPhones running iOS 12.1.2.  Apple updated the System Status page to reflect the issue 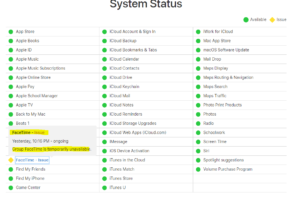 Understandably, it is a significant privacy concern as one can theoretically listen in on any iOS user employing this feature. This brings additional concern not just for personal privacy, but for business as well, if you are using group FaceTime for work. Confidential internal conversation may “leak” to the other party on call without you knowing they can hear you.

Despite Apple taking Group FaceTime offline, the bug is apparently still alive and kicking for some users, as various tech sources are still able to reproduce the issue.

Your best bet is to disable the FaceTime in your phone settings (if its running on 12.1 or later version) altogether. 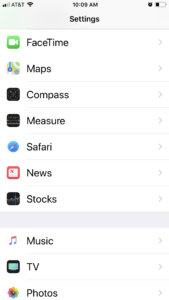 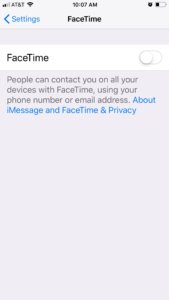 Apple has taken group FaceTime off line and urges users to disable the Facetime in iOS Settings while the company is attempting to resolve the issue. There is no current time estimate for a resolution, but Apple plans to release the update some time later this week.