Twitter stated that the company detected what they believed to be “a coordinated social engineering attack by people who successfully targeted some of our employees with access to internal systems and tools.”  Twitter CEO Jack Dorsey tweeted several hours later that it was a “tough day for us at Twitter.”

Twitter acknowledged that some users’ features may have been disabled as it investigated: “You may be unable to Tweet or reset your password while we review and address this incident.” About three hours later, Twitter Support said that “most accounts should we able to tweet again.”

“As we continue working on a fix, this functionality may come and go,” they tweeted. “We’re working to get things back to normal as quickly as possible.” Unverified Twitter users used the massive hack to rise to the center of attention on the social media site. 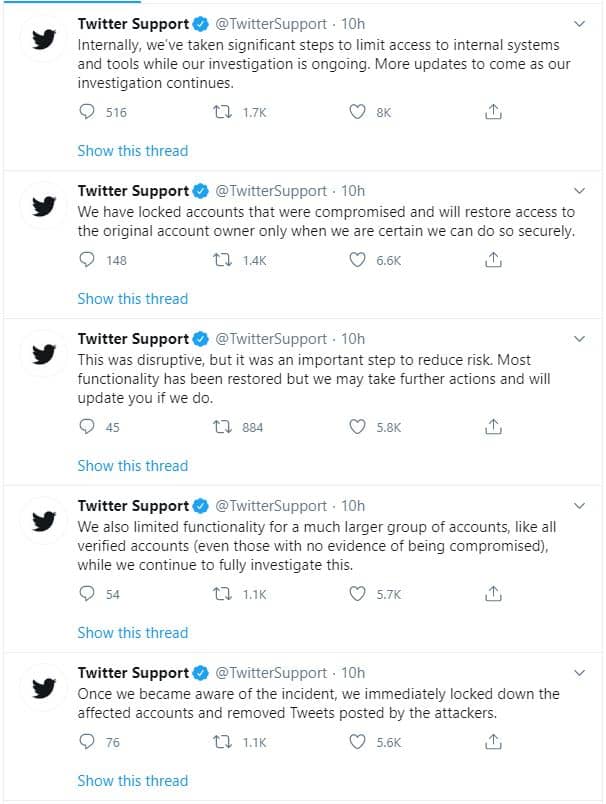 All of the tweeted messages from the accounts shared similar language. The tweet from Kanye West’s account said he is “giving back to my fans”; the message from Bezos’ account said he had “decided to give back to my community”; and Musk’s account said “feeling greatful.” Bezos, Musk, and Gates are among the 10 richest people in the world, based on Forbes’ calculations. According to the Associated Press, the three men have a combined worth of $362 billion. There have been at least 363 transactions since the tweets were posted, according to tracking website blockchain.com. So far, the account has received more than $118,000.

For more information read this source.

DOES YOUR BUSINESS NEED PROFESSIONAL IT?

Let Us Support Your Business