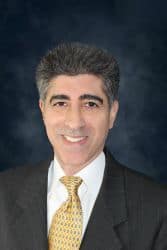 David founded powersolution in 1996, growing the business, as it’s CEO, to one of the most respected providers of IT managed services in the industry. powersolution was recently ranked 20th in its class on MSPmentor’s Top 100 Small Business Managed Services Providers in the world. David’s overriding focus has been in exceeding client expectations by providing the most comprehensive and highest quality IT managed services available to small businesses businesses primarily in the New Jersey and New York vicinity. David’s experience includes over thirty-five years in the information technology industry. At AT&T Capital Corporation, he served as eastern U.S. financing sales manager for the previously-owned equipment division. From the late 70’s to late 80’s, he served as Senior Operations Coordinator at Leasametric, Inc. a leading provider of electronic test and measurement equipment and data computer equipment, now a division of General Electric. David has had a life-long passion for hockey, as both an accomplished player and coach. His hockey achievements and lessons-learned, which continue today, bring benefits at many levels to the powersolution team – including building individual skills, bringing those skills together as a team, and achieving high-grade results for the company and its clients.
Call David: 201-493-1414 ext. 301 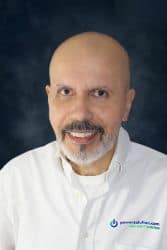 Over the past sixteen years, Peter has been an integral part of the powersolution team and a key contributor to the company’s successful growth, market presence, and exceptional client satisfaction. His duties began in a sales and marketing role, expanding across all business segments, which led to his current responsibilities as Vice President of Operations. Prior to powersolution, Peter had a diverse professional background for over twenty years. Those experiences included both corporate and entrepreneurial roles in sales, marketing, and operations within the manufacturing and retail industries. Peter is a proud U.S. Air Force Vietnam veteran, which contributed to the development of his skills in building a strong unified team – and carries over today as an executive at powersolution. His overriding focus and pride remains in understanding the needs of powersolution’s end users and successfully delivering products and services that exceed client expectations.
Call Peter: 201-493-1414 ext. 309 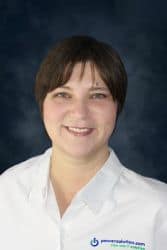 Dina has been with powersolution since 2002, serving as its Vice President, Web Operations. She leads technical and marketing-related Web development and custom application implementations in support of both powersolution’s turn-key client services and its own internal Web-presence needs. Her Web expertise encompasses addressing information architecture, data security, usability, accessibility, and search engine optimization (SEO). Her knowledge also includes working with PHP (a server-side scripting language) and MySQL (an open-source relational database management system). Previously, Dina worked for five years as data specialist for Medical Economics in New Jersey (now part of Thomson Reuters). She also served as a database specialist at Nielsen, a global information and measurement company, at its international research department, located in Illinois.
Call Dina: 201-493-1414 x 305 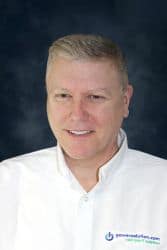 Peter joined powersolution in 2014, responsible for sales in New Jersey and the surrounding region. He is a veteran of the information technology industry, with experience that encompasses developing, selling, and implementing a broad range of IT solutions for clients across virtually all business segments. As a former client solution executive and manager of customized IT services for IBM, his experience relates directly to the needs of powersolution.com clients – in areas such as C-level IT planning and project implementation, managed IT services, data backup and business continuity, business IT consulting, cloud services and solutions, and regulatory compliance. His education includes a B.S. in Mechanical Engineering from University of Denver, an MBA from University of Rhode Island, and post-graduate studies in finance at New York University. Since 2015, Peter has been a member of the New Jersey Supreme Court Committee on the Unauthorized Practice of Law (“UPLC”). He also served in the U.S. Army Reserve as a combat signal unit commanding officer.
Call Peter: 201-493-1414 x 321 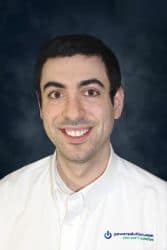 David has been with powersolution.com since 2005, quickly moving to the Senior Systems Engineer role. In 2010, Daivd was appointed to the CTO position. As CTO, David’s primary responsibilities are planning and implementing the strategy necessary for powersolution.com and its clients to successfully meet growth goals. David isn’t just our CTO. He’s our go-to guy when you want a thoughtful and well-considered perspective on anything related to the technology industry. David graduated from New Jersey Institute of Technology with a B.S. and M.S. in Computer Science. He also holds a Certified HIPAA Security Professional certification through 4Medapproved.
Call David: 201-493-1414 ext. 308 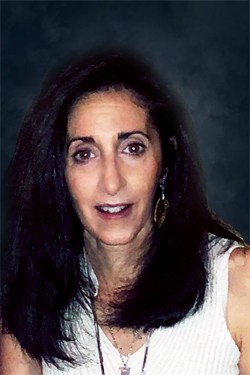 Dawn became part of the powersolution team, as our office manager, in 2019. Prior to powersolution, Dawn was employed for most of her career as a medical malpractice and personal injury litigation paralegal. Having worked for 35 years in the legal industry, Dawn has extensive experience interacting and communicating with numerous medical and legal professionals, as well as daily client contact and assistance. Her previous work includes comprehensive experience in office operations and administration. Dawn earned her BA degree from Montclair State University.
Call Dawn: 201-493-1414 ext. 320 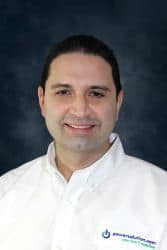 Shant joined powersolution in 2013 as a systems administrator. His responsibilities include help desk support and various systems administrator duties including active directory work, folder permissions, and new user account and group creations. In addition, Shant supports new server and rack builds for clients and new equipment deployments including PCs, laptop’s, and printers. Previously, he was a network administrator for Passaic County Community College. Earlier, he was responsible for network administration and user support for all locations at the Paterson Housing Authority. Shant was also a network administration for a carpet manufacturing company in New Jersey.
Call Shant: 201-493-1414 ext. 302 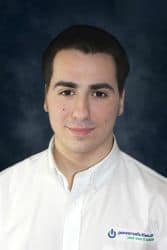 Domenico (Domenic) joined powersolution in 2011, serving as a systems administrator. His activities are primarily focused on end user hardware troubleshooting and remediation. In addition, Domenic works with the help desk team performing ongoing preventative systems and network analysis and tuning, designed to ensure performance optimization while avoiding potential operating issues in the future. He is CompTIA A+ certified for computer technology, installation, and configuration of PCs, laptops, related hardware, and networking. Domenic graduated New Jersey Institute of Technology with B.S. in Engineering Technology.
Call Nico: 201-493-1414 x 303 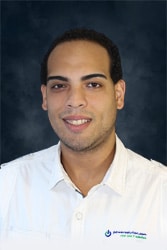 Alvin joined the powersolution.com team, as a systems administrator, in 2015. His responsibilities include a broad range of help desk and systems administration support activities – including proactive systems and network monitoring and management, as well as remediation of end-user IT issues. He also performs IT project configuration, setup, testing, and deployment tasks.
Previously, Alvin performed help desk and network administration duties for Schultz Technology Solutions, serving WTP Advisors in White Plains, New York. His responsibilities included managing Active Directory, DHCP (Dynamic Host Configuration Protocol), Windows server, terminal server, and disaster recovery server environments. He also performed IT equipment troubleshooting, virus and spyware removal, and data backup. Prior to STS, he was a technical support specialist for pcAmerica, installing and troubleshooting its clients’ network computers and application software. Alvin earned an Associate Degree in Applied Science from The College of Westchester, majoring in Computer Network Administration. He also earned a CompTIA A+ certification, which provides industry recognition of the skills necessary to support complex IT infrastructures.
Call Alvin: 201-493-1414 x 313 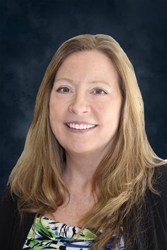 Lena joined the powersolution.com team as a system administrator in February 2016. Her responsibilities include a wide range of IT support tasks across various hardware systems, software, and networks. Technical areas of expertise include desktop, server, Active Directory, local area network (LAN), wide area network (WAN), diagnostics, performance management, design, and installation. In addition to managing special projects for the Chief Technology Officer, Lena assumes a leadership role in client relations and technology analysis and strategy. During the previous several years, Lena was employed by South Georgia State College (SGSC) in a variety of roles, ultimately serving as Director of Technology and Interim CIO. Her duties included software and hardware configuration and maintenance, Active Directory and email management, network and firewall monitoring, website maintenance, and end user support. Prior to SGSC, Lena worked as an independent computer consultant and as an attorney in Texas. She is a Microsoft Certified Systems Administrator and earned a Bachelor’s Degree and Juris Doctorate from Baylor University and Baylor Law School, respectively.
Call Lena: 201-493-1414 x 314 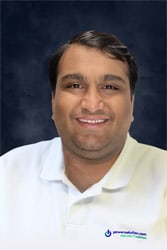 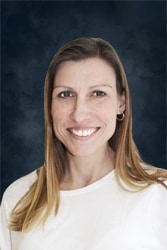 Jane joined powersolution in September of 2016, serving as a systems administrator. Her responsibilities include help desk support and proactive IT monitoring and maintenance. She also performs IT project configuration, setup, testing, and deployment tasks. Previously, Jane worked as a Network Administrator for Princeton Theological Seminary. Her responsibilities included help desk support as well as managing various servers including Active Directory and Exchange. Her responsibilities also included maintaining backups, and configuring and monitoring the local area network and wide area network, firewall, and setting up and maintaining the IP phone system. Jane earned a Bachelor’s Degree from Montclair State University, and is a Microsoft Certified System Engineer, and Cisco Certified Network Professional.
Call Jane: 201-493-1414 x 315 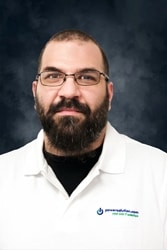 Thomas joined powersolution in 2018 as a systems administrator. His responsibilities include help desk support and systems administrator duties including end user support, server support, and software support. Previously, he was a co-founder of Smarten Up Technologies. Earlier, he was an IT Consultant for Roberts Technology Group. Thomas received his Network Administration certificate from The Cittone Institute. He also earned the CompTIA A + and Network + certifications along with being a Microsoft Certified Systems Administrator.
Call Thomas: 201-493-1414 x 318

Your SMB Needs Professional IT How can we reach you? (your info is 100% private)