Federal Office data has been breached at OPM

There was a disturbing news brought to light by various sources of Associated Press, including New Jersey’s The Record.

It is reported that according to the Homeland Security, Office of Personnel Management and Interior Department data had been cyber-attacked by hackers working for the Chinese state.

The computer system of the Office of Personnel Management was breached in December, and personal data for former and present federal employees may have been compromised Now the agency must notify approximately 4 million people.

There is no certainty what data, if any, was taken, but only what the intruders gained access to, such as employees’ Social Security numbers, job assignments, performance ratings, and training information.

This breach was the second significant hacking attack of the same Chinese agency in a recent year, and it was also the second major foreign breach (following the Russian hack) into U.S. government networks. 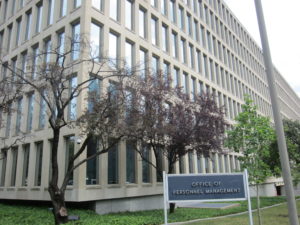 “Certainly, OPM is a high-value target,” OPM Chief Information Officer Donna Seymour said in an interview. “We have a lot of information about people, and that is something that our adversaries want.” U.S. officials at the agency declined to further openly discuss who was behind the hack, but spoke anonymously considering the ongoing investigation, identified the hackers as being state-sponsored.

Incidents like these remind us of the importance of professional data and network security measures, backup and recovery protocols, as well as having proper policies, especially when identity-sensitive data is being involved.

Need to speak to our security experts?
Our managed services can keep your business data safe.

If you are looking for a reliable, professional IT security experts and tech support company in New Jersey, we can certainly help.