When Will a Hacker Attack a Small Business in New Jersey?

Some fishermen hunt giant whales or go for a prized oversized tuna, while most go after a bounty of small fish and crabs with their nets and cages… So if you are a small or medium size company, you should be worried about the damage hackers can do to your business just like the big corporations would.

Major news outlets continue to propagate reports on the November 2014 hacking of Sony Pictures’ computer systems. Media attention to hacking is on the rise – as evidenced by the January 2015 release of cybercrime blockbuster Blackhat “We Are No Longer in Control”, starring Chris Hemsworth. Consequently, many businesses have gained an increased awareness of the risks associated with their proprietary information stored and transmitted via their often ubiquitous computer systems and networks. Others continue to believe such hacker attacks are likely limited to the major global corporations … and that an attack on their New Jersey-based small business is unlikely. As a New Jersey-based information technology company with most of our clients located in the state, we believe it not a question of “if” a New Jersey small business will be hacked … but “when”.

In the case of Sony, its network was incapacitated for days, while the intellectual property was stolen and posted on the Internet. The theft included personal information for roughly 4,000 current and former employees. Prior to the Sony intrusion, USA Today and the Associated Press warned that small companies are also at risk – not just big businesses such as JPMorgan Chase, Target, and Home Depot.

In its widely disseminated October 2014 “Hacking is a Big Danger for a Small Business” article, USA Today (and Associated Press) indicated small business computer and website attacks can also result in thousands and millions of dollars of costs. In New Jersey, Newark-based commercial law firm Genova Burns Giantomasi Webster was quoted, saying companies must often pay to notify people affected by a breach – and can be liable for damages in customer lawsuits.

Berkeley Varitronic Systems, based in Metuchen, New Jersey, was hacked in 2014, resulting in a $50,000 theft. Seton Hall University’s information technology department cites significant exposures for users and other organizations in its “Beware of Hackings” online presentation. Seton Hall forewarns computer users that assume their computers don’t have information of interest to hackers – and categorically states that you cannot assume your computer won’t be a target.

Hackers stealing from New Jersey companies have been going on for years. As an example, Albert Gonzalez, one of the most notable computer fraudsters in history, was indicted in New Jersey in 2009 and is now incarcerated with a 20-year prison sentence. His long list of computer-related crimes includes hacking credit card numbers from Heartland Payment Systems, headquartered in Princeton, New Jersey – which serves predominantly small and mid-sized businesses. In 2013, the New Jersey U.S. Attorney’s Office and the FBI in Newark charged Lauri Love with hacking into thousands of computer systems – obtaining massive amounts of proprietary data. 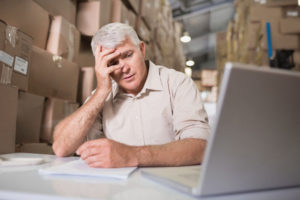 According to a 2013 National Small Business Association survey, 44% of small businesses have been attacked, with costs averaging $8,700 per incident.

Unfortunately, actual reported events show that the “when” of computer attacks against small businesses in New Jersey is today, rather than in the future. According to a 2013 National Small Business Association survey, 44% of small businesses have been attacked, with costs averaging $8,700 per incident. We believe the sophistication and prevalence of computer hacking will increase over time. This will require ongoing improvements in small business security measures, designed to reduce vulnerabilities and avert increasingly adroit hackers.

Need to speak to our security experts?
Our managed services can keep your business data safe.

If you are looking for a reliable, professional IT security experts and tech support company, we can certainly help.

Looking for IT Consultant and Managed Services? Do you need professional tech support and network solutions? Give us a call directly at (855) 551-7760, we can help!

How to Protect Your Small Business

Many times small businesses are at increased risk versus larger companies, as owners are often hesitant to invest the necessary time and money into adequate IT security measures. Given the significant financial and operational risks associated with cybercrime, along with increased awareness, we believe small business owners will be allocating more resources to protecting their businesses in 2015 and beyond.

All small businesses utilizing computers are vulnerable to phishing and other cybercrime techniques. Medical practices are particularly exposed to risks associated with patient records — which are partially protected by regulatory requirements, such as HIPAA (federal Health Insurance Portability and Accountability Act). One of the goals of HIPAA is to protect the confidentiality and security of healthcare information. Many law firms also have special compliance needs, including Federal Regulations on Civil Procedures (FCRP) for e-Discovery, as well as adhering HIPAA requirements.

If you are looking for a reliable, professional IT security experts and tech support company in New Jersey, we can certainly help. Give us a call at (855) 551-7760 – your computer network will thank you.